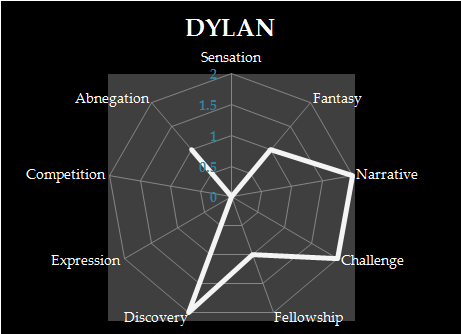 My mind defines me and if you like that interaction, then welcome to my narrative. END_OF_DOCUMENT_TOKEN_TO_BE_REPLACED

Frameworks have two main purposes: To help understand ourselves and to help communicate who we are to others. So let’s understand and communicate! END_OF_DOCUMENT_TOKEN_TO_BE_REPLACED 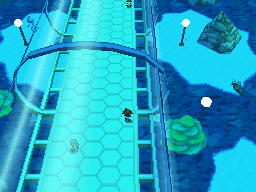 In honour of our new series, Playing with Aesthetics, and with a new Pokémon game approaching, I’d like to take this opportunity to dredge up the topic of Core Aesthetics again, and use it as a lens on the design of Pokémon games (and the upcoming Pokemon X/Y). I believe that a lot can be learned about the broad appeal of Pokémon games by examining how it covers many different core aesthetics. Through iteration and improvement over its history, the Pokémon games have kept many core game elements constant. Instead of constantly changing or over-developing, the game has steadily spread to reach many more aesthetics than the average game can.