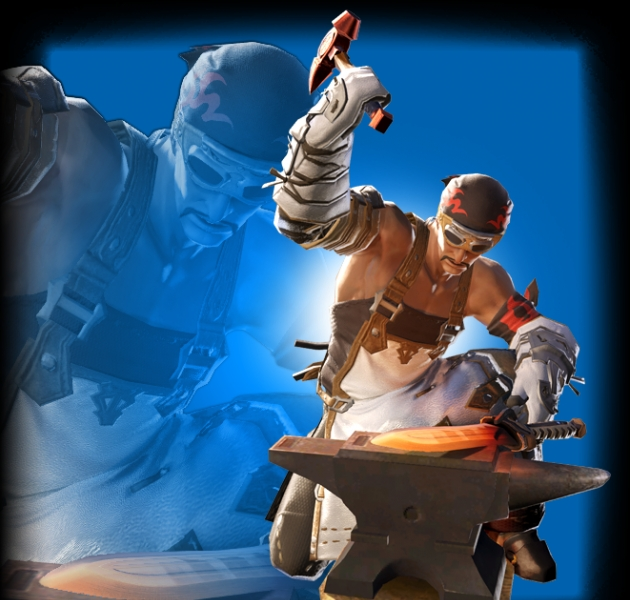 It’s been a while since I wrote WIHILA Final Fantasy 14: A Realm Reborn,  and those articles are not a prerequisite for this one (but you’re welcome to go have a read anyways if you haven’t yet). Now that I’ve spent some time (understatement) playing the final release , I’d like to draw some lessons about basic mechanical system design from what has easily been the most engaging part of this game: the crafting.

Crafting is a staple of many RPGs and MMORPGs, but it rarely amounts to much more than picking a profession to dedicate yourself to, obtaining materials through some kind of random repeatable task, throwing those materials together in prescribed combinations, and obtaining the crafted items as a ‘reward’. This is a big blow to the fantasy of the game, because so much effort, time and discussion goes into making the other mechanics (usually combat) engaging and interesting, but when someone just wants to have a more ‘normal’ job in the world, it stops feeling like a part of the game or world. But then, my feelings about non-combat mechanics are hardly a secret.

So what sets FF14’s crafting apart? It turns out, some really basic design work can go a long way.

Whenever you choose to craft an item, you pick a recipe from a list, for which you must have the appropriate materials (yes, that hasn’t changed). At that point, you must actually craft the item.

The items you craft have a Progress bar and a Quality bar (which both start at zero and fill up depending on the actions you choose) and Durability (which starts at some number and goes down as you use actions). You successfully craft the item if your progress reaches full before durability reaches zero, and you must start over (possibly losing materials) if durability reaches zero. The higher the item’s quality when your progress reaches full, the higher percentage chance you have of creating a ‘high quality’ version of the item with boosted properties. Different items have different starting durabilities, required progress and quality for completion, and higher level items more strongly resist your attempts to increase progress and quality.

The crafting consists of choosing crafting-specific actions in turns (no time limit – genius should not be rushed). The actions you take can increase your progress, increase quality, or provide some kind of modifier to your other actions, and are acquired by levelling a crafting class. Actions tend to have a fixed percent chance of success, and often cost durability, CP (your crafting stamina) or both. Moreover, the quality of the materials you use, the equipment you wear, your crafting class level, and the turn-by-turn condition of the item all have an effect on the efficacy of your actions.

Stepping Back From Creation

If this sounds familiar, that’s probably because it is: from where I’m sitting, it’s a refitted version of turn-based combat. The progress is the enemy’s HP, the durability is yours, with quality representing a second angle of attack or alternate goal. Imagine if this kind of logic had been applied to creation, conversations or any number of other non-combat activities long ago, before combat had become ‘the thing’. Well, it’s not too late to start now.

I love the elegance of bringing engagement to creation in a manner that is not just an arbitrary minigame – it is in fact the core system upon which much RPG combat (the ‘main’ mechanic) has been built. This is not some tacked-on system; the crafting system uses RPG staples such as stats, leveling, choices of actions, and different crafting strategies, all in a package which is pretty easy to grok as you play.

Beyond the ‘basics’, it’s straightforward but nuanced. There is a clear goal and fail condition, but there is a gradated sub-goal. You have discrete actions and effects, but multiple strategies are possible (fast and risky, conservative with durability or CP, or high fidelity actions to name a few). Each crafting class, in addition to sharing most basic abilities, gets a couple unique abilities and you can even dabble in multiple classes to mix and match these to form your own arsenal of techniques. The system encourages you to try things out for obvious rewards (experience and the items themselves), but there is a clear opportunity for trade-offs between strategy, time spent in preparation and a bit of luck.

What can we learn from this crafting system to apply in other designs? I like to take away from this the relevance of an old but solid framework: progress towards a goal, a distinct fail condition, a few curves to add variation where appropriate, and sufficient gradation to allow flexible approaches.

It may seem ham-handed at times, but this skeleton of design is a really useful tool for gauging basic systems at a glance. Some very cool ideas (like a hundred different iterations of dialogue choices or crafting and gathering systems, for example) can fail to engage when these underlying ideas are either not present or so completely hidden that the game and the player are never on the same page. Not every system needs to take this form, but I think designs which do not should probably have seriously good justification for doing so.

Of course, even with this design foundation, a mechanical system still needs to be well thought out and heavily tested to be successful (this is, quite famously, not FF14’s first attempt at the crafting system). Making the whole package simple, matching the player’s expectations, containing enough depth to retain interest – these are not straightforward tasks and rely heavily on elements such as strong visual feedback and well-designed user interfaces (each much larger topics on their own).

Anyways, I’ll wrap this up here so I can get back to hammering away at my smithy. Have you tried FF14:ARR? What have you enjoyed? Are there crafting systems in other games that impress you as much as I was impressed here? What went into making them engaging? Where else would you like to see this kind of design applied? As always, I’d love to hear your thoughts in the comments.

Join me in two weeks for WILA Pokemon X/Y (are you as excited about it as I am?) =)